I would just like to wish everyone a wonderful and happy holiday season to you and yours. May everyone enjoy the festivities and company of family, friends, and colleagues. Also may Santa give you all you wanted this year and many more. Cheers!

A Spring Course of Potential Interest

This course will be a sustained look at what makes biography, at its best, a genre that combines the strength of both non-fiction and fiction – the precision of historical and biographical scholarship with the insight and thrust of a good novel. As literary genres go, biography has always been something of a stepchild – and understandably so. Far too many people approach writing biography as a nuts-and-bolts recitation of a person’s life. But the best biography is as different from this pedestrian approach as Jane Austen is to pulp fiction. Great biography tells the tale with panache, in short, while building on painstaking research and analysis. The course will explore the biographer’s (and autobiographer’s) craft through a range of subjects and styles. It will also provide students the opportunity to write a biographical introduction to, or chapter about, a person who fascinates them. Annalyn Swan is co-author, with Mark Stevens, of de Kooning: An American Master, winner of the Pulitzer Prize for Biography.

In our class discussion of The Bell Jar, the question came up about how a memoir is specifically feminist or universally relatable. We debated whether a book could be feminist without being instructive, and can a feminist story be relatable to all humans of every gender?

I immediately thought about Barbara Hammer’s memoir. Hammer is an extremely prolific and accomplished experimental film maker and lesbian activist who has been doing work in the community since the 1970’s. Her memoir is entitled Hammer! Making Movies Out of Sex and Life.

The second question that followed, the one about how an author can create recognizable content when talking specifically about their own life, in particular reminded me of my favorite quote from Hammer: “Radical content deserves radical form.” (176)

How can a feminist story be relatable? And does work need to be relatable to be understandable? An interesting thing about Hammer’s assertion that radical content deserves radical form, is that it asks us to think about the relationship between form and content in all art forms. In The Bell Jar, if Plath is not asserting feminist values herself, is the work feminist via the explanation and detailing of horrendous sexism? In class we arrived at some agreement that we can relate to the protagonist and her specific experiences of sexism without needing to have experienced them ourselves. (Similarly we discussed in an earlier class that we related to Heaven’s Coast even when we hadn’t lost a partner to AIDS.) We seem to be quite concerned about relating to the specific life contained in the life writing we studied!

But Hammer’s questions took me to still another place. I started wondering if a feminist memoir could be both radical and follow the traditional narrative form. Is, for instance, a certain story of Genius and Genius’s Wife, thereby not radical because unlike Stein’s other work, it is a conventional narrative in chronological order with a plot we can follow? Or maybe The Autobiography of Alice B. Toklas does have both radical content and radical form, because it is detailing the lives of two women living as a couple and the voice is complicated by notions of actual authorship and who is really telling the story and who is the story really about. It was radical at the time to take for granted the understanding of their romantic partnership, and the complex narration of the book actually speaks to the complexity of their relationship. In this case, form and content are in kind of dialogue.

Hammer’s memoir itself is structured by decade by decade, a very conventional choice for the form of her own writing. I suspect this choice is deliberate, as she has often expressed a (very feminist) concern for her own accessibility to different audiences. “I have found that the audiences who go to experimental-film screenings are unfamiliar with the concerns of lesbian representation in film. Conversely, lesbian audiences know little about experimental cinema. In an effort to educate both audiences I talk and write about both experimental film and lesbian representation.” (198) So for the radical content of her own life, she chose a more conventional form for her memoir. Although I would like to question my own assertion of convention here, by mentioning there are tiny sexually explicit images from her 1974 film Dyketactics printed on every right-side page of the book. When you flip through the pages from cover to cover, the book’s margin serves as a flip-book version of a scene from the film. Hammer repeatedly breaks with, and sticks to, convention in order to be both relatable and feminist, to have both her content and form speak to each other.

With Christmas just a few days away, I found a list of the “10 best Autobiographies to inspire you” if you want to keep reading great books about life writing. 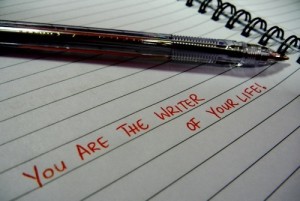 Give yourselves (or a loved one) the magical gift of a book of this genre to expand the knowledge we have achieved during this semester.

Melanie Locay has been in touch with Jason Baumann, who curated the “Why We Fight” AIDS exhibit.  He would be happy to offer us a guided tour of the exhibit.
With this schedule and my own travel schedule, late January seems to be best”  January 28th at 6 PM.  So let’s plan for that time…and just meet at the NYPL.  Please let me know if you are coming by adding your name to the comments below!

Thinking about “The Year of Magical Thinking” by Joan Didion

I am in the middle of the process of writing my final paper and some thoughts and questions are going through my head so I wanted to share them:

Although “The Year of Magical Thinking” speaks of terrible tragedy, its not a downer! The writing, by one of the main participants of the tragedy, is exciting! How crazy is that? As Joan Didion once said: “The way I write is who I am, or have become.”

Dissembling nature of memory and grief?

Does the fluid narrative structure represent disorientation by stress caused by sudden death?

Juxtaposing of hard, cold, documents-supported facts with most personal and precisely expressed feelings – the signature of Didion’s alchemy.

Mystical quality of the book?

“The Year of Magical Thinking” by Joan Didion

In “The Year of Magical Thinking”, Joan Didion writes about the year she tried to come to terms with twin calamities of December 2003: the life threataning sickness of her daughter and death of her husband. This book is extremely honest, precise and shocking story of loss, grief and sorrow. The quality of Didion’s introspection is simply fascinating. It is also a book that gives us detailed portrait of a four decade long marriage. The term “Magical Thinking” probably has a few meanings but one of them , for sure, refers to the process of memoir writing itself. It takes a lot of strength, courage, intelligence and personal power to be able to rethink, to reconstruct the most painful and so recent memories in one’s life. Joan Didion demonstrated an extraordinary character, perfect reportorial eye and admiring capacity for honesty. As a result, her book is a gift to all of us: it can not only help us be better prepared for the inevitable, but also remind us to appreciate life much more that we do every single day.

…We are not meeting tonight…
Please check this blog over the next week or so for finalized January plans…for our optional class “fieldtrip.”

Donald Henry Gaskins, a serial murderer, let Wilton Earle, and author and journalist, into his deepest thoughts of conceiving and materializing the killings of innocent girls just because he thought he had an inner voice that used to tell him that was the way to go. With a graphic description of the crimes, Earle put together the book “Final Truth, the Autobiography of a Serial Killer”, telling the story with Gaskins own words. Gaskins was convicted and later, executed in the electrical chair, to only confess, hours before, that he killed almost 110 girls until he entered jail. 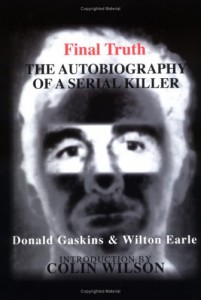 His passionate explanations and lack of remorse, has made this book appealing not only for its forensic side but for the narrative of the events, that Gaskins told Earle to shape his story and later his autobiography. By the end of the book, Gaskins not only is not ashamed by his actions but he is also proud of what he has achieved. The reason he accepted to be part of Earle’s project was to let the readers know that he wasn’t asking for forgiveness but for understanding, which lead me to start my research by these hypothesis: Do the readers of these books feel empathetic with serial killers? Is there any way that this autobiography can change the feeling about a murder? 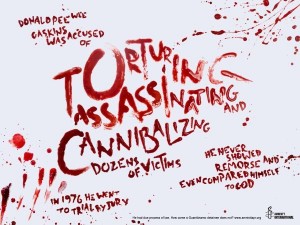 Self Reflection in Life Writing

I was fascinated and pleased with the wide array or life writing pieces we explored in class.  I felt everyone’s understanding and reactions to the pieces to be intriguing.  Through this course I continue to see and hear how much everyone continues to ‘question’ what is fiction or non-fiction in writing.  I wonder how much people did that say even 50 years ago.  Were things more cut and dry, at  least in the explanation of them, such as the way teachers relay the genres to schoolchildren?   Also fascinating are the ways in which things are now categorized in movies: Like, what really is the difference between: ‘A true story’ vs. ‘Based on a true story’ and  ‘Based on actual events’ vs. ‘based on true events.’  No matter, this class has opened me up to knowing that I am free to write, however I choose–even about an actual person or event.

Need help with the Commons? Visit our
help page Send us a message
Skip to toolbar

Built with WordPress | Protected by Akismet | Powered by CUNY