For the graphic novel folks

Life writing through graphic novels has been a frequent topic in class, so I thought I’d highlight two interesting and relevant events going on right now.

First, Art Spiegelman’s Co-Mix: A Retrospective at The Jewish Museum of New York from Nov. 8 – March 23 provides an in-depth study of Spiegelman’s body of work: “This first U.S. retrospective spans Spiegelman’s career: from his early days in underground “comix” to the thirteen-year genesis of Maus, to more recent work including his provocative covers for The New Yorker, and artistic collaborations in new and unexpected media.” – See more at: http://www.thejewishmuseum.org/exhibitions/art-spiegelman#sthash.WDVzZSgD.dpuf and listen to a clip of Spiegelman’s recent discussion of his work on WNYC here. 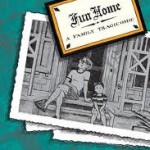 Also, Fun Home, the graphic novel memoir by Alison Bechdel, has been transformed into a musical now in an extended run at the Public Theater. The play has gotten wonderful reviews, and offers us an opportunity to examine how a life story is changed, or not, when told in different mediums to different audiences. Bechdel’s graphic novel was itself an evolution from her earlier Dykes to Watch Out For comics, and opened her audience beyond the queer community; now “subscription holders at The Public” as playwright Lisa Kron jokingly referred to current audiences, are hearing this specifically lesbian tale. While there is undoubtedly overlap between populations, the Public Theater’s production will expand Bechdel’s audience even more. I wonder what the next incarnation of her narrative will be.

3 Comments to “For the graphic novel folks”

Need help with the Commons? Visit our
help page Send us a message
Skip to toolbar

Built with WordPress | Protected by Akismet | Powered by CUNY